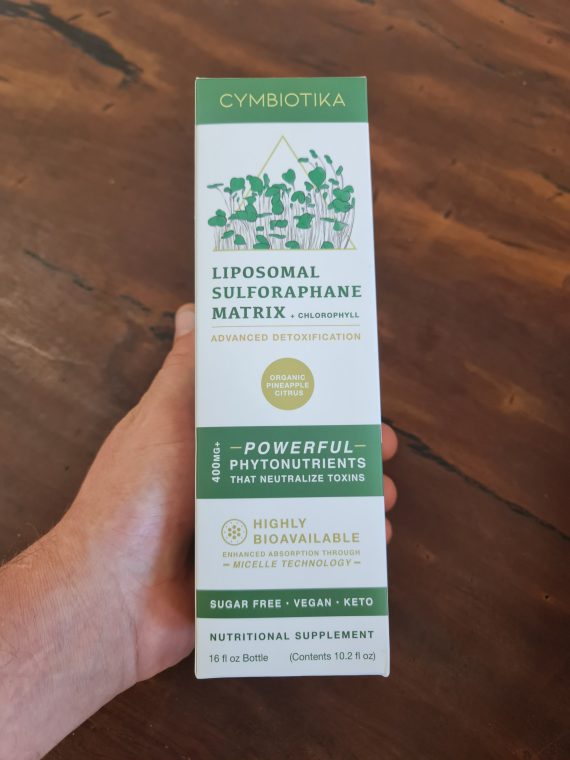 Cymbiotika’s liposomal sulforaphane matrix was designed to protect and strengthen the cells while also assisting the body in detoxification. Sulforaphane is an extremely powerful phytochemical found in broccoli sprouts and all cruciferous vegetables. Research shows that this compound plays a critical role in cellular detoxification and may help to improve cellular communication.

In today’s modern ecosystem we are surrounded by a plethora of toxins that appear in the water we drink, the food we eat, and the air we breathe. These toxins build up, and over time become a burden to the human body; eventually leading to cellular degeneration, premature aging, and disease.

Our Liposomal Sulforaphane Matrix works to reduce the buildup of toxins by activating all three phases of cellular detoxification. In fact, Sulforaphane has been discovered to be the most potent inducer of Phase II enzymes ever identified. Phase II detoxification is a process in which the liver uses one of two major enzyme pathways to remove a toxic substance from the body, such as known carcinogens in our food supply like glyphosate.

May reduce neuroinflammation
Provides digestive relief: reduces body odors, constipation, fecal odors and gas
May block mutations in the DNA that lead to cancer
May reduce the ability of cancerous cells to multiply (slows tumor growth)
May encourage hair growth
Protects and supports survival of existing neurons and encourages the formation of new neurons