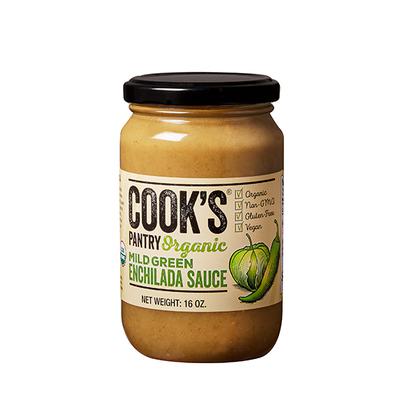 In a sea of enchilada sauces full of additives and preservatives, here’s an authentic sauce with real, organic tomatillos. It tastes homemade, because it’s made in small batches with simple, organic, all-natural ingredients. Your enchiladas deserve a real enchilada sauce.

Enchiladas made their way into American Cookbooks at the beginning of the 20th century, but the dish and its flavorful sauces have a much longer history. There is evidence of Mayans in Yucatan rolling fish into corn tortillas and smothering them in a pepper sauce in Pre-Columbian days. The very first cookbook ever published in Mexico in 1831 called El Cocinero Mexicano contained a recipe for enchiladas.